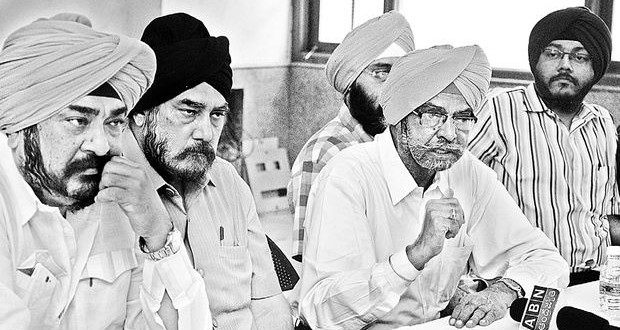 Hyderabad, India: Following communal issues that took place in Kishanbagh and Sikh Chawni, representatives of the Central Committee of Gurudwara Saheban Telangana State has appealed to the state government to provide adequate security to the Sikh community in Hyderabad.

Committee representatives also alleged that the Cyberabad and Hyderabad police deliberately harassing their community people under the influence of MIM politicians.

Speaking to media persons here on Wednesday, president of the Central Committee of Gurudwara Saheban Telangana State S Gurcharan Singh said that they would submit representations to the police commissioners of Hyderabad and Cyberabad requesting them to take immediate steps to prevent attacks on Sikh communities in Sikh Chawan and Kishanbagh localities.

The Sikh community, which has been living in the city for about 200 years, is known for maintaining communal harmony and peace among along all the religions and has never been never involved in communal hatred. For the past four months, a series of communal riots have been taking place in the areas surrounding Sikh Chawni in Kishanbagh. It started with mounting of beef on the premises of the Gurudwara, followed by communal riots and burning of religious flag in May this year and stone-throwing on Sikhs. “At the behest of MIM, which has a strong political influence, 40 educated Sikh youths were arrested and slapped with serious cases,” he said.

General secretary S Inderjeet Singh Tuteja said that Sikhs were law-abiding citizens and serving the society in various spheres of life but the Hyderabad and Cyberabad police, acting under the influence of MIM leaders, were harassing the Sikh community by registering unnecessary cases against the Sikh youth and ruining their lives.

“For the last few days communal disturbances are being created in the area by miscreants. Unruly driving of vehicles, making provocative comments, hurting the religious sentiments, use of vulgar and filthy language against Sikhs have been going on and no action is being initiated against the miscreants and anti-social elements who are hell-bent -n creating communal tensions. On the contrary, police, under the influence of some political leaders, are slapping serious cases on Sikh youths. Two days ago a couple of Sikh youths, who were returning home from their respective offices, were attacked by a mob. “The incident took place under the nose of Charminar MLA Syed Pasha Quadri. His staff, watched the incident with total indifference,” Tuteja alleged.