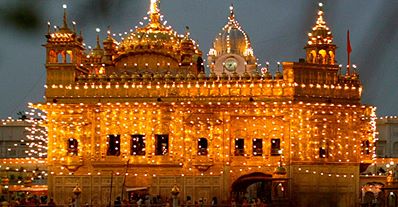 UK: David Cameron was accused yesterday of ordering a cover-up on alleged British involvement in the Amritsar massacre.

A report into claims the SAS assisted the Indian military before the storming of the Golden Temple (Sri Harmandir Sahib) in 1984 will be published today.

But the Sikh community says the inquiry by Cabinet Secretary Sir Jeremy Heywood was too limited and allege the Indian government leaned on No 10 to prevent a fuller investigation.

The Prime Minister launched the probe after previously secret documents suggest Margaret Thatcher sent an SAS officer to Delhi in 1984 to advise the Indian government.

In a letter to the PM, the Sikh Federation said the inquiry only looked at why the documents were released and did not cover possible British involvement in the subsequent massacre of tens of thousands of Sikhs that year.

“It is clear that the terms of the review have been changed,” the Federation said.

“It appears the review has looked at a narrow period and not covered the period in the latter half of 1984 and may not have addressed some of the concerns raised by UK politicians in the last three weeks, e.g. threat of sanctions by India against the UK, Germany, Canada and USA towards the end of 1984 for sympathising with Sikhs in the Diaspora.

“We are of the firm view that the Indian authorities would however have been in contact via the Foreign and Commonwealth Office to try and influence the findings.

“We fear many questions will remain unanswered and other revelations will be inevitable.

“Question marks will remain against the UK Government and that it has once again betrayed the Sikhs.”