London, UK: A third man has been arrested on the suspicion of manslaughter over the death of one of the 35 Afghan Sikh stowaways who were found inside an airtight shipping container on a British dockyard last month.

On August 16, victim Meet Singh Kapoor, 40, was found dead in the container when this was group was rescued at Tilbury docks in Essex. A man, 47, from Dungannon in Northern Ireland has been arrested at Liverpool Ferry Port now and will be transferred into the custody of the Essex police.

Two other men also charged in connection with the death remain in custody to appear at Basildon Crown Court in November. One is 34, from Rose Park, Limavady, Londonderry; and the 33, from Elmgrove, Londonderry. Both are charged with conspiring to facilitate illegal entry into the UK.

children, age ranging from 1 to 72), were found screaming and banging at the container walls after arriving at Tilbury docks from Belgium. Rescued after an 18-hour ordeal, they were moved into the care of the Home Office after being discharged from hospital, and have since sought asylum in the UK.

The survivors were hospitalised, since many had severe dehydration and hypothermia.

Previous: SGPC protests killing of Sikh by terrorists in Pak
Next: Anandpur Sahib Heritage Foundation aims to promote and improve the infrastructure of the town. 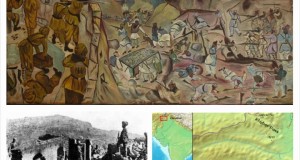 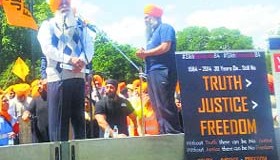