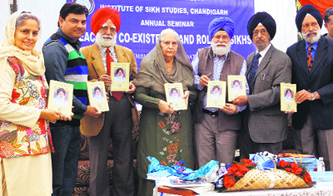 Chandigarh: Historians and Sikh scholars have advocated a strong move to translate the message of Guru Nanak Dev to promote harmonious and peaceful co-existence, locally as well as globally. This was decided on the second day of the silver jubilee celebrations of the Institute of Sikh Studies (IOSS), here today.

The scholars laid stress on the creation and promotion of a casteless society.

The Sikh scholars passed a resolution demanding that the Shiromani Gurdwara Prabandhak Committee (SGPC) and Sri Akal Takht Sahib must revert to the original Nanakshahi Calendar in view of several distortions which had crept in due to frequent amendments in the recent past.

The gathering supported the demand of Gurbakhsh Singh Khalsa, sitting on an indefinite hunger strike at Gurdwara Lakhnor, Ambala, calling for the release of those Sikh prisoners who had completed their jail terms due to the 1984 riots.

The seminar took off with a presentation by Harinder Singh of the Sikh Research Institute, USA. Dr BS Ghuman, Head of Department of Public Administration at PU, was also present. 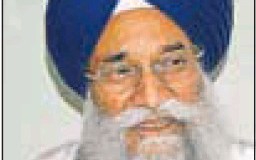 ‘Sikhs are duty-bound to ensure decrees not violated’