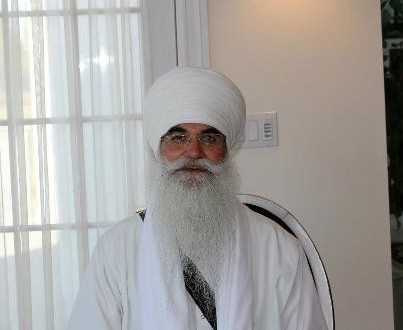 Wisconsin, US: Punjab Singh spent a lifetime preaching the Sikh principle of chardi-kala (optimism and hope) — the very principle that his family now rely upon to sustain them during his slow recovery from being shot in the head two years ago by a white supremacist. Singh, 66, can neither move nor speak. Doctors say his injuries were so severe that he may never further recover. But his family refuses to give up hope, saying that with prayers and God’s grace, anything is possible. “We never lose the hope,” his elder son, Raghuvinder Singh, said. “God is able to do anything he wants.” Sikhism teaches forgiveness and peace, as well as the idea of living in “chardi kala.” The Punjabi term describes a state of constant optimism, which believers say reflects an acceptance of God’s will.

It’s that spirit from which the family draws their strength. Because of their optimism, there is no anger at the shooter, no frustration over the turmoil they’ve endured, no agonizing over why such a bad thing happened to a good person. “My father never teaches me to be angry with anyone. He teaches me always to be in chardi kala,” Raghuvinder Singh said. “I respect and practice that.” Punjab Singh, an internationally known Sikh giani (priest), was wounded Aug. 5, 2012, when a gunman opened fire at the Sikh Gurdwara of Wisconsin in the Milwaukee suburb of Oak Creek. Six worshipers were killed and four other people were injured. The motive of the gunman, who killed himself, is unknown. Singh was in a bedroom at the temple that morning, when he heard gunfire, he tried to barricade himself, but the gunman forced the door open far enough to reach his handgun inside and shot Singh in the face.


The bullet damaged brain tissue, blood vessels and the brain stem. He was in a coma for two months, and a pair of subsequent strokes nearly paralyzed his left side. Improvement has been marginal. Today he can blink his eyes to answer yes or no, and he has a hint of motion in his right arm and leg. While he can’t speak, Raghuvinder Singh said his greatest prayer was to hear his father’s voice again so he could learn what happened that day. Punjab Singh now lives in a nursing home in southeast Wisconsin. Raghuvinder and his younger brother, Jaspreet Singh, used to maintain 24-hour vigils at their father’s bedside, alternating shifts and sleeping in a bed next to his.