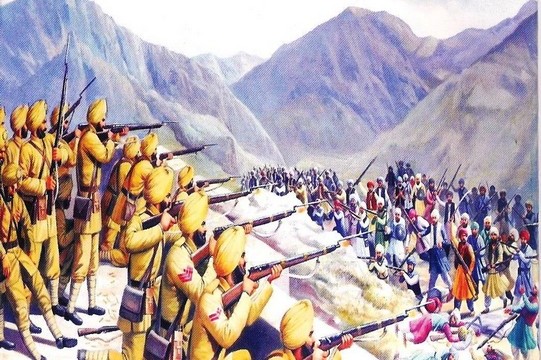 Islamabad, Pak: A British politician of Indian origin was among 21 people killed in a Taliban suicide attack on a popular restaurant in the Afghan capital.

Britain’s Foreign Office today confirmed the death of Dhamender Singh Phangurha, also known as Del Singh. Singh was a Labour Party candidate from the South East for the European Parliament, the BBC reported.

He had previously been an adviser to the European Mission in Kosovo and worked on UN and DFID-funded projects in Afghanistan, Sierra Leone, Libya, Nepal and Palestine.

Labour Party leader Ed Miliband said Singh, who had “dedicated his life to working with people across the world who needed his support”, was killed in a “barbarous act of terror”.

“My thoughts – and the thoughts of the whole Labour Party – are with the family and friends of Del Singh who was killed in yesterday’s tragic suicide bomb in Kabul,” he said in a statement.

The attack occurred last evening when a bomber blew himself up outside the heavily fortified Taverna du Liban restaurant in the upmarket neighbourhood of Wazir Akbar Khan.

Four UN staff members were also killed in the attack, though their nationalities were not confirmed.

The Taliban claimed responsibility for the attack, saying it targeted foreign officials

Previous: CONG TO MOVE US COURT ON SIKH BODY SUIT
Next: US body focuses on Punjabi culture, social issues