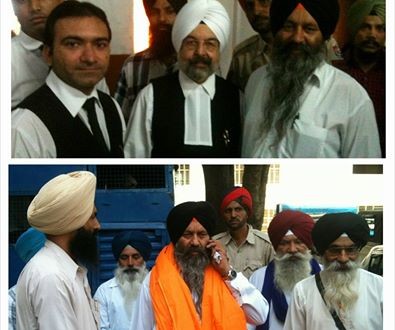 Bhai Kulvir Singh was framed in case because of political reasons by the Punjab police at the behest of ruling Shiromani Akali Dal (Badal). Badal Dal had ordered this case with intention to keep Bhai Kulvir Singh out of public sphere after he defeated Badal Dal candidate in SGPC elections from Phillaur constituency.

It is notable that Nawanshehr Police had arrested Bhai Kulbir Singh from his Barapind Village, near Phillaur, based residence on the intervening night of 19 and 20 September, 2012. He was charged under 107/151 of Criminal Procedure Code, 1973 and were sent to Ludhiana Jail.

Notably the Punjab and Haryana High Court judges did not decide bail plea of Bhai Kulvir Singh Barapind during the pendency of case, as a result he had to spent more than two years behind the bars in this case.

The trial court rejected the police case baseless and found Bhai Kulvir Singh Barapind not guilty of any of the offences mentioned in the charge-sheet.