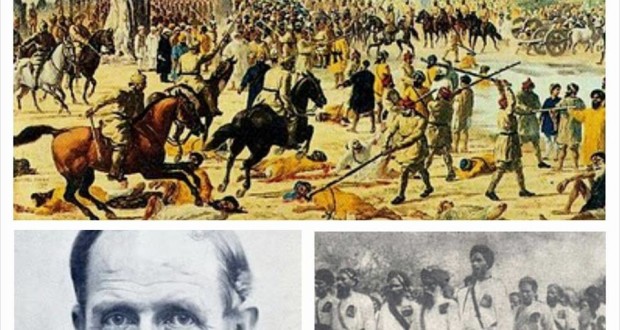 The peaceful non-violent Morcha (agitation) of Guru Ka Bagh was launched for emancipation of a Gurdwara Sahib from the stronghold of Mahant Sunder Dass in 1922 A.D. The Morcha ended on 17 November 1922 after the demands were conceded. The peaceful conduct of the Sikh’s while bearing merciless beating with Lathis and sufferring severe physical injuries won admiration all over the world.

The following eyewitness account by Reverend Charles Freer Andrews of the Guru-Ka-Bagh Morcha was published in the Manchester Guardian in 1924:

“It was a sight which I never wish to see again, a sight incredible to an Englishman. There were four Akali Sikhs with black turbans facing a band of about two dozen policemen, including two English officers. They had walked slowly up to the line of police just before I had arrived and they were standing silently in front of them at about a yard’s distance. They were perfectly still and did not move further forward. Their hands were placed together in prayer and it was clear that they were praying. Then, without the slightest provocation on their part, an Englishman lunged forward the head of his lathi [staff] which was bound with brass. He lunged it forward in such a way that his fist which held the staff struck the Akali Sikhs, who were praying, just at the collar bone


with great force. It looked the most cowardly blow as I saw it struck and I had the greatest difficulty in keeping myself under control. The blow which I saw was sufficient to throw the Akali Sikh and send him to the ground. He rolled over and slowly got up and at once faced the same punishment again. Time after time, one of the four who had gone forward was laid prostrate by repeated blows, now from English officers and now from the police who were under their control. The brutality and inhumanity of the whole scene was indescribably increased by the fact that the men who were praying to God had already taken a vow that they would remain silent and peaceful in word and deed. The Akali Sikhs who had taken this vow, both at the Golden Temple and before starting and also at the shrine of Guru-ka-Bagh were largely from the army. They had served in many campaigns in Flanders, in France, in Mesopotamia and in East Africa. Some of them at the risk of their own safety must have saved the lives of Englishmen who had been wounded. Now they were falling to the ground at the hands of the English officials serving in the same government which they themselves had served. I saw no act, or look of defiance. It was a true martyrdom, a true act of faith. There has been something far greater in this event than a mere dispute about land and property. It has gone far beyond the technical questions of legal possession or distraint.

A new heroism, learnt through suffering, has arisen in the land. A new lesson in moral warfare has been taught to the world. It reminded me of the shadow of the Cross. It was very rarely that I witnessed any Akali Singh, who went forward to suffer, flinch from a blow when it was struck. Apart from the instinctive and slight shrinking back, there was nothing, so far as I can remember, that could be called a deliberate avoidance of the blows struck. The blows were received one by one without resistance and without a sign of fear” 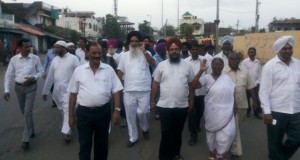 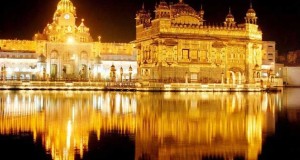 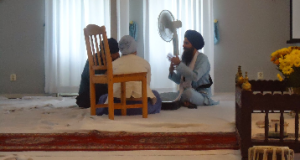