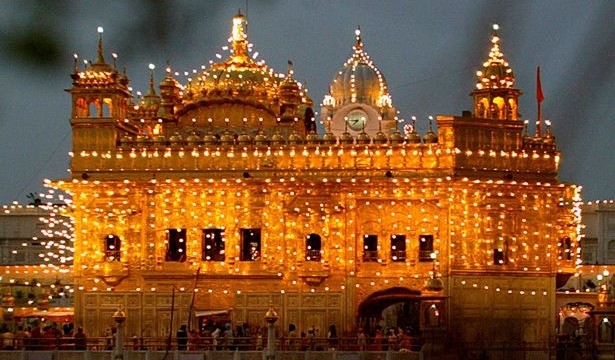 Amritsar, Punjab: Sikhs will be able to swap hard hats for turbans at work – one group hinted it’s a sweetener to head off anger over alleged involvement of Thatcher’s Government.

Ministers stand accused of offering “sweeteners” to the Sikh community to head off anger over alleged British involvement in the Amritsar massacre.

The Department for Work and Pensions is to announce the Sikhs will no longer be forced to wear hardhats in factories and workforces.

The law has been a bone of contention within the Sikh community as it stops them from wearing their turbans.

Although the repeal is welcome, some Sikhs believe the Government is trying to silence criticism following revelations the Thatcher Government may have provided military support to the Indians ahead of the 1984 storming of the Golden Temple.

Sikhs will no longer be obliged to wear hardhats in the workplace after a loophole that allowed them to ditch them on building sites, but not in other working environments, was closed.

“There’s an old political saying that ‘timing is everything’ in politics. This long overdue closure of a loophole in employment law is welcome, yet it will do little to assuage the great concern that the government of 2014 may refuse to reveal the truth about the government of 1984,” said a member of the Sikh Federation.

“Only full disclosure of the 1984 documents relating to Amritsar will do this. It is increasingly looking as though an independent inquiry will be necessary by a backbench committee of MPs or led by a leading judge.”