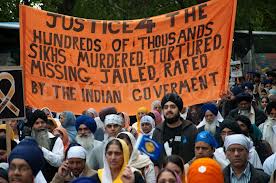 The Bench comprising Justice AK Patnaik and Justice FMI Kalifulla was hearing a PIL, pleading for a Special Investigation Team (SIT) to conduct a fresh probe into the riots to first nail all accused and then put them on trial by a fast-track court on the lines of the apex court action in the 2002 Gujarat genocide cases.

The Bench asked the petitioner, S Sudarshan Singh Wazir, to submit within two weeks the Nanavati Commission report that had detailed the sequence of events leading to the riots in the wake of the assassination of then Prime Minister Indira Gandhi on October 31, 1984.

Without issuing notice on the PIL, the apex court asked the petitioner to go through the report in the context of his plea and find out what more remained to be done.

The petitioner contended that an independent investigation was necessary to “bring out the truth” and render justice to the victims as the numerous committees and commissions constituted in the past “have not been effective” as these were political in nature.

Pointing out that recent events and debates had indicated that the 1984 genocide were “staged and orchestrated” in the wake of the assassination of the then Prime Minister, the PIL said it had become imperative for a detailed and comprehensive inquiry to proceed against all those responsible for “causing, perpetrating, abetting and spreading” the brutal attacks.

The SC should monitor both the investigation and the trial, besides directing compensation to the victims, the petitioner pleaded.

A social activist and former president of the Sikh Gurdwara Parbandhak Board of Jammu and Kashmir, Wazir said the committees and commissions of the past were neither independent nor competent to institute cases against the accused. Even the police officials did not conduct a thorough investigation as many of them were accused of abetting the genocide.

He also contended that Congress vice-president Rahul Gandhi had acknowledged in a recent interview that influential persons without political clout were behind the genocide.

Previous: Sukhbir badal unsuccessfully tries to do Phoolka’s character assassination
Next: Farmers in both India and Pakistan’s Punjab suffering