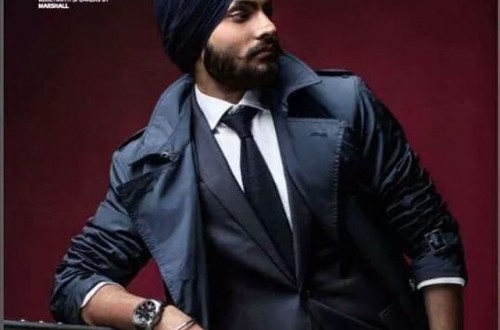 London, UK: After the Waris Ahluwalia’s GAP advertisement, the Gentlemen’s Quarterly has featured Manik Singh, another keshadhari Sikh, in its magazine.

The Gentlemen Quarterly is a fashion magazine with no connection to Sikhi, however’s its decision to feature a Sikh model has been welcomed with surprise.

Since the 9/11 attacks, Sikhs have repeatedly endured violence and bigotry throughout the World because of their religiously-mandated turbans. In August 2012, a gunman with known ties to neo-Nazi groups attacked a Sikh place of worship in Oak Creek, Wisconsin, killing six worshipers and injuring several others, including a local law enforcement officer.

In the months after the massacre, a Sikh business owner was shot and injured in Port Orange, Florida; a Sikh octogenarian was beaten with a steel rod in Fresno, California; and a Sikh professor was assaulted in New York, New York. Despite Sikhs being an integral part of the United Sikhs of America, racism against Sikhs has increased over the past few years.