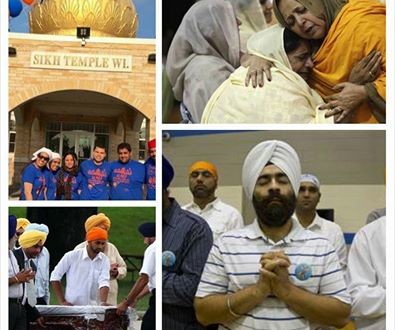 Wisconsin.USA: Tuesday marks the two-year anniversary of the deadly shooting at the Sikh Gurdwara of Wisconsin.

On 5 August 2012, a gunman walked into the Gurdwara, killing six people and wounding three others.

Hundreds of people gathered at the Gurdwara on Sunday for a special prayer service to remember those who were killed. It’s one of four events planned this week.

Members say the horrific event is a Sikh tragedy and an American tragedy.

The fact that these people have been in our memory and thoughts of many people and not just here, but across the world, is a commemoration to the wonderful blessing they gave us, Kanwardeep Singh Kaleka said.

A remembrance ceremony will be held on Tuesday.

Previous: Kurukshetra gurdwara at centrestage in struggle
Next: Sikh soldiers on the march in France at the start of the First World War