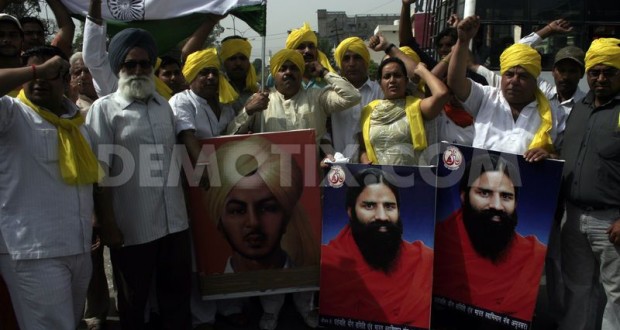 Protesters said a case was registered after the yoga guru’s photographs, seated on a high chair with the picture of Guru Gobind Singh lying near his feet, had gone viral on the social media.

“Even after registering a case, the police have not arrested Baba Ramdev. We have been assured by senior police officials that Baba will soon be arrested,” said Harpal.

In the second case, the city police have also not arrested a Jammu-based assistant professor, who used derogatory remarks against the gurus.

Members of Sikh bodies, who were forcing shopkeepers to close shops, later put off the dharna on the promise of senior police officials to arrest both of them soon.