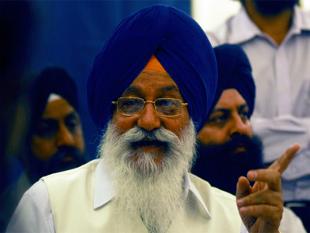 Amritsar, Punjab: The instances of hate crime against the community have once again brought the issue of the Sikh identity in foreign countries to the fore. Now, the SGPC is all set to step up its efforts for setting up the ‘Global Sikh Centre for Learning and Information’ at Yuba City in California.

SGPC president Avtar Singh Makkar admitted that though there had been some delay in the project, they were very much on the job. “We have already got the land registered in the SGPC’s name and also got the nod from the Indian Government to set up the facility in the US. Now, we are completing formalities to pave the way for the construction of the building.”

Makkar said the centre would help in dealing with the problems facing the Sikhs on account of mistaken identity and security barriers in foreign countries. He said a gurdwara would also be constructed, which would have distance education programme on Sikhism in English in online format.

He said the centre would also organise Gurmat and turban-tying classes. Besides, seminars would be held and literature in various languages distributed to spread awareness about Sikhism. The SGPC had kicked off the process to set up the centre last year by floating a parallel body named SGPC USA Inc to run the affairs of the centre, which would be spread over 13 acres.

Sikh philanthropist Deedar Singh Bains had donated this land to the SGPC. A four-member SGPC delegation had also visited California to take stock of the property and for opening up an account with the Bank of America. A management committee had also been formed to run the new body, SGPC USA Inc.

The SGPC had earlier tried to set up ‘Sikh Mission’ in Washington and a printing facility for Guru Granth Sahib at North Carolina province in the US. But, both the plans could not materialise due to various issues, including lack of approval from the authorities in India.

In another development, representatives from over 50 gurdwaras would be gathering for a national meeting in Washington on August 16 to chart out a strategy to raise the profile of the Sikhs in America.

As per a release issued here, newly formed National Sikh Campaign (NSC) is holding this meeting of gurdwara leaders from across the US to engage the people for changing their perception towards the community.

Gurdwara leaders would discuss the issue with Hillary Clinton’s former chief strategist Geoff Garin, who is already conducting a poll and a survey on the Sikhs in the US under an agreement with the NSC.

Dr Rajwant Singh, chairman, Sikh Council on Religion and Education and senior adviser to the NSC, said, “This is for the first time that the gurdwara leaders are meeting on a single agenda to display the Sikhs as vital members of the American society. The event has the potential to be the largest promotion of the Sikhs in the western world. We have tried our best to invite gurdwaras from all over the country since they have a key role in involving members of the community in this massive presidential-style campaign. As a community, we have no choice but to take this critical and much-needed step.”