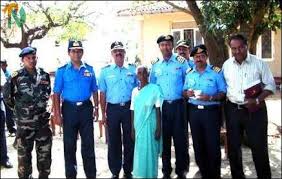 Fatehgarh Sahib, Punjab: The SGPC has decided to send medical teams to the flood-affected areas in Jammu and Kashmir.

He said a team of three doctors of Guru Ram Das Medical College, Amritsar, accompanied by paramedics, would leave for J&K tomorrow. Seriously ill patients would be shifted from Srinagar to SGPC-run hospitals in Punjab and treated free of cost.

Makkar said Gurdwara Shaheed Bunda in Srinagar was providing food and shelter to the flood-hit.

He said after stranded migrant labourers from Bihar and UP were brought to Amritsar, they would be given travel expenses to reach home.

The SGPC president said the SGPC would give Rs 5,000 to students from J&K studying in SGPC-run professional colleges to meet monthly expenses till the situation improved in that state.

He said AAP would ensure that candidates for the civic elections were “selected by the people alone.” Chhotepur demanded death sentence for those accused of raping a five-year-old girl in Chananke village a few days ago.

Chandigarh: All Punjab-cadre IAS officers have decided to donate a day’s salary to the Jammu and Kashmir Flood Relief Fund, general secretary of the Punjab IAS Officers’ Association said here on Monday.

Previous: Commissioner ropes in volunteers to boost cleanliness drive in city
Next: Sarna : Kar sewa of Lahore shrine from November