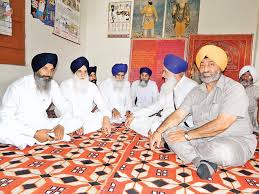 SGPC to help children hit by militancy in Nepal

Fatehgarh Sahib, Punjab: The SGPC will soon set up a rehabilitation centre for children of 25 Sikh families whose parents were killed by Bodo militants in Nepal.

He said these children would be provided education at a Kathmandu-based private CBSE-affiliated school. He said the committee had decided to rehabilitate the children of other militancy-hit communities as well.

Bhaur said a five-member SGPC delegation would visit Jammu and Kashmir to take stock of the flood situation there. He said they would meet people and government officials to know what kind of support was required to rehabilitate flood-hit people.

He said another team of doctors and paramedical staff had left for the Valley. He said the SGPC had set up five camps to provide food and shelter to the flood-affected people.