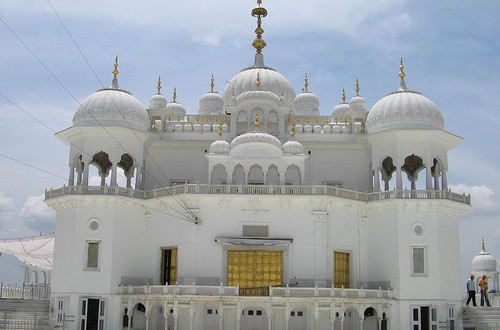 Chandigarh: Shiromani Gurdwara Parbandhak Committee (SGPC) has resolved to celebrate the 350th foundation day of the Sri Anandpur Sahib, the sacred town founded by 9th Guru of the Sikhs, Guru Teg Bahadar Ji. The supreme elected Sikh body announced its decision to organize a large scaled program at Takht Sri Kesgarh Sahib on the historical anniversary day of June 15, 2015. In addition, many more important decisions were made by the executive committee body assembled on Monday in Kalgidhar Niwas, its regional office.

Accepting the report submitted by a SGPC sub-committee that visited Nepal, the SGPC executive body also approved the setting up of a school for orphans in Kathmandu. The students will be provided with free boarding in a lodging facility. Moreover, preachers and ‘raagis’ have been appointed to the Sikh Mission that is being opened in Kathmandu to propagate Sikhi. During the meeting, SGPC president Avtar Makkar informed those assembled that he would visit Kathmandu next month to ensure all possible aid to the gurdwaras there.

The SGPC decided as well to construct a fort-like structure in memory of Baba Banda Singh Bahadur at Yamunagar in Haryana. It also approved a proposal of installing the photograph of Bhai Rai Kallah along with Ganga Sagar at the Central Sikh Museum. He said the SGPC will also construct 10 rooms at the Khalsa English Medium Middle School at Chhittisinghpora at Anantnag district in Kashmir. The SGPC assembly also resolved to establish drug rehab centers at Bir Baba Budha Sahib Hospital and Sri Guru Ramdas Hospital in Amritsar to rid Punjabi youth of the scourge of drug addiction.