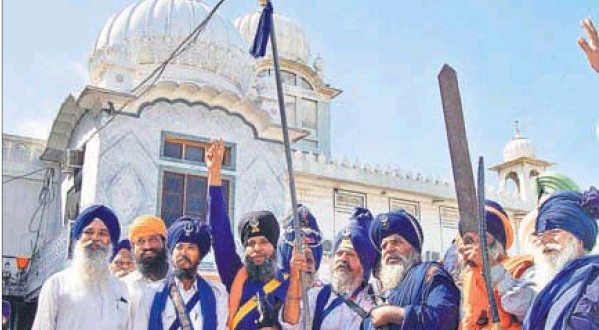 Kurukshetra, Haryana: Amid ongoing bitter build-up over the control of the management of various gurdwaras of Haryana, more than 500 Sikhs hired by the Shiromani Gurdwara Parbandhak Committee (SGPC) are worried over their employment status, in case there is a change of guard.

According to the SGPC, there are 539 employees working in various gurdwaras of Haryana and nearly 400 hail from this state.

As the Bhupinder Singh Hooda government has reaffirmed to implement the Haryana Sikh Gurdwara Management Committee (HSGMC) Act, the SGPC employees said it was unclear if all of them would be absorbed by the new management.

“I belong to Punjab but am working in Haryana gurdwaras for the last more than 10 years. I have settled here with my family but a change of guard may displace us all. Supporters of the HSGMC have already painted the SGPC in such a bad colour that we may be shown doors for being ‘outsiders’,” said one such ‘sewadar’ at one of the SGPC-run gurdwaras.

He said the new committee may replace those guarding the premises or other similar duties but the ‘granthis’ or those managing accounts may be asked to continue.

“We feel that the new committee should ask the SGPC employees in Haryana if they want to continue to work or not. After all of them, including those hailing from Punjab, are in Panthic sewa since long and they should not disrespected,” said a gurdwara functionary.

Another Sikh employee at another shrine said as the Sikh leaders of Haryana had charged the SGPC with ignoring the interests of Haryana and preferring to employ to those loyal to the Shiromani Akali Dal (Badal) to ensure full control of gurdwaras could go against them.

“The new management would certainly try to adjust its own men at the gurdwaras. Owing to a tense situation, we are not airing our concerns with the senior management authorities but we are really worried,” said an official.

The SGPC employees are also apprehending law and order situation in the days to come.
“As Sikh sangat from Punjab is reaching in a large numbers in all historic gurdwaras, a rumour could lead to clashes. It must be avoided by all parties to maintain the sanctity of the shrines,” said a senior sewadar.