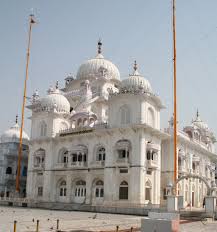 Comments Off on SGPC panel to submit report today 431 Views

Talking to The Tribune, SGPC secretary Manjeet Singh said a copy of the report would be sent to Akal Takht Jathedar Giani Gurbachan Singh.

SGPC general secretary Sukhdev Singh Bhaur, who is heading the probe team, said they had met Giani Iqbal Singh and the management committee leaders, besides the devotees present at the spot to collect details of the incident. He said, “We have recorded the statements of the people and had even made an attempt to broker peace between the two sides.”

But, Giani Iqbal Singh backtracked from the compromise, bringing the situation to square one. He said they had handed over the probe report to Dharam Parchar Committee secretary Satbir Singh who would submit it to the SGPC president.

Sources said the probe report might spell trouble for Giani Iqbal Singh as he was likely to face the charge of violating “maryada”.