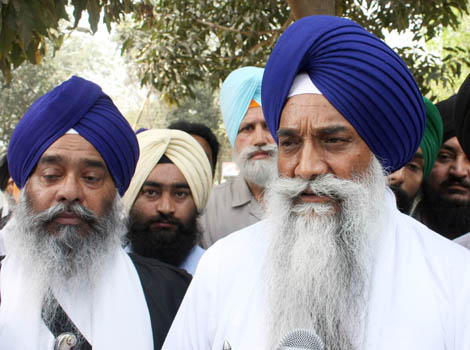 Amritsar, Punjab: The SGPC probe panel, which had been to Patna to investigate into the recent violent clash at Takht Sri Patna Sahib, today submitted its report to SGPC chief Avtar Singh Makkar.

A copy of this report has also been sent to Akal Takht Jathedar Giani Gurbachan Singh. However, sources said the Jathedar was still awaiting a report in this regard from the Sant Samaj, as the Damdami Taksal too had sent a team to Takht Sri Patna Sahib after the clash.

Though there is no word on the contents of the SGPC probe panel report, there are reports that Akal Takht may act tough against those responsible for the violent clash. The Akal Takht Jathedar has already hinted towards it while stating that it was an unfortunate incident which showed the Sikh community in bad light.

Besides, there is also a feeling in the Sikh circles that action should be initiated against both the warring groups for violating ‘maryada’ and causing an embarrassment to Sikhs.

Dal Khalsa spokesperson Kanwar Pal Singh said first of all the Akal Takht Jathedar on his own or from independent sources (not the SGPC) should find out who was at fault. “The guilty should be handed over the religious punishment. After all, the incident has brought disgrace to the community. As a community, we must have to put our own house in order to save our religious institutions from further decline,” he said.

He claimed the head granthi of the Golden Temple, Giani Jagtar Singh, was present when the scuffle broke out, and therefore his witness should be taken into account.