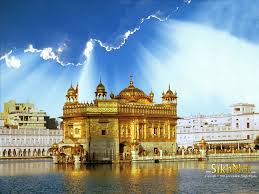 Chandigarh: To preserve the Golden Temple’s sheen, the Shiromani Gurdwara Parbandhak Committee and the authorities concerned have adopted a slew of measures, including the deployment of electricity-operated four-wheelers.

As a petition in public interest on preservation of Golden Temple came up for hearing, the Punjab and Haryana High Court was informed that the electric four-wheelers had been deployed to ferry the “sangat” from Fawara Chowk to the Golden Temple.

The High Court was also informed that the district transport officer had issued a notification banning the plying of more than 15-year-old vehicles in the vicinity.

Plying of heavy vehicles, too, has been restricted. Their entry to the vicinity has been banned from 8am to 8pm.

The SGPC had earlier suggested that the area around the Golden Temple should be declared a no-vehicle zone. It also told the High Court that the entry of heavy vehicles should be banned inside the walled city.

The suggestion came during the hearing of a petition to ensure the Golden Temple did not lose its sheen to pollution. In its reply, the SGPC also made it clear that it proposed to give subsidy on liquefied petroleum gas for gurdwara “langar” to reduce the use of wood.

The SGPC, in fact, recommended a ban on diesel, kerosene and petrol-operated autorickshaws in the area. As an alternative, it suggested the use of CNG or battery-operated rickshaws. It also recommended installation of smoke-control devices at the cremation grounds and factories in the city.

It also suggested that a multi-storeyed parking should be constructed for heavy vehicles. The case will now come up for hearing on September 10.

The effects of pollution on the Golden Temple had come under the judicial scanner about two years ago, with the Court calling for putting in place some mechanism to check pollution in the vicinity.