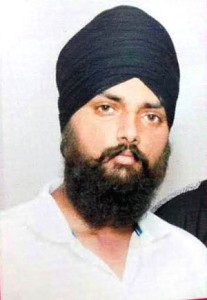 Comments Off on SGPC flays attack on US Sikh, writes to Modi 469 Views

Amritsar, Punjab: The Shiromani Gurdwara Parbhandhak Committee (SPGC) today strongly condemned the racist attack on a Sikh man and his mother in the US. SGPC chief Avtar Singh Makkar said it was a matter of grave concern that a Sikh man had been targeted in New York while another member of the community was stabbed to death in Auckland, New Zealand.

The SGPC has shot off letters to the Centre and the US and New Zealand embassies, urging them to act tough against the perpetrators of these ‘shameful acts’. There’s an urgent need to ensure safety and security of Sikhs living abroad, said Makkar, adding that the committee has urged Prime Minister Narendra Modi to initiate measures through the Ministry of External Affairs to curb such incidents. The SGPC chief urged members of the Sikh community, Sikh organisations and intellectuals abroad to sensitise people on distinct Sikh identity.

Worried over increasing attacks on Sikhs, the North American Punjabi Association (NAPA) said there was an outrage among community members over such incidents. “Daily hate crimes against the Sikhs in the United States have started evoking widespread insecurity and fear in the American Sikh community,” said Satnam Singh Chahal, Executive Director, NAPA.

“The New York attack comes just days after a Sikh man Sandeep Singh was hit and dragged by a truck,” said Chahal. “The (New York) victim is a scientist. He and his mother were attacked in the Queens neighborhood on the night of August 7.” The NAPA has urged US lawmakers to end violence and discrimination against Sikhs.

Previous: ‘1984 attack on house: why Manmohan kept quiet?’
Next: Ekta yatra begins for release of detainees