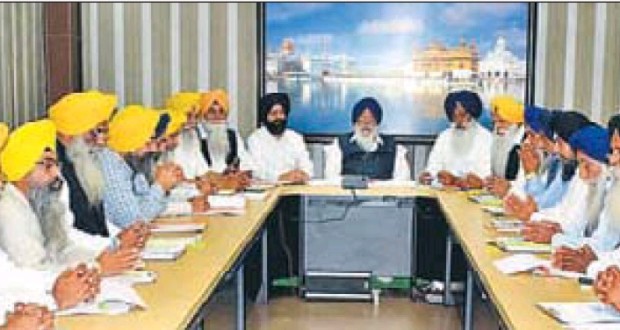 Amritsar, Punjab: The Shiromani Gurdwara Prabandhak Committee (SGPC) passed its budget of ` 905.06 crore for 2014-15 here on Thursday.  Budget is more than 200 million US dollars.

The budget was passed at a meeting of the SGPC executive chaired by president Avtar Singh Makkar. Senior vice-president Raghujit Singh Virk along with general secretary Sukhdev Singh Bhaur and other officebearers and executive members attended the meeting.

Normally, the annual budget is passed by the general house but due to the ongoing case in the Supreme Court the budget is being passed by the executive since 2011. The case in the apex court was filed by the SGPC challenging the Punjab and Haryana high court order, which gave voting rights to Sehajdhari Sikhs in the SGPC elections.

Due to the litigation , the House formed after the September 2011 has not yet been given recognition. The court has permitted the office-bearers and executive formed in November 2010 to continue till a decision on the case is taken.

The budget was moved in the executive by Bhaur and it was passed by voice vote. A major share, ` 63 crore, of the budget will be spent towards ‘dharam prachar’ (religious preaching). A sum of ` 54 crore has been earmarked under the head, ‘general board’, while ` 29 crore will be spent on education. Funds have also been earmarked for the repair of shrines and other historical places.

Describing it as a progressive budget, Makkar said, “We are laying a great stress on education. As of now, 13 new schools or colleges are coming up.”

Previous: Arrow In The Blue
Next: Gul Panag gets support from Sikh Regiment veterans