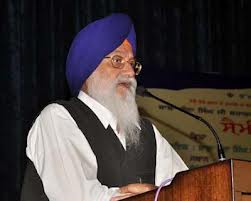 Amritsar, Punjab: A five-member SGPC delegation led by its president Avtar Singh Makkar met New Zealand High Commissioner Grahame Morton today and sought stern action against those involved in the murder of a Sikh in that country.

The delegation reportedly handed over a memorandum to the New Zealand High Commissioner in which it took up the case of Devinder Singh who was killed while on way to pick up his wife after duty.

The delegation told Morton that the Sikhs were being targeted in European countries due to mistaken identity in the aftermath of 9/11 attack in the USA, which was a matter of grave concern.

Morton told the delegation that the killing of Devinder Singh was not a racist attack, but the result of a domestic dispute. He said the culprits had been arrested and they would be punished as per the law. He accepted Makkar’s invite to visit the Golden Temple.