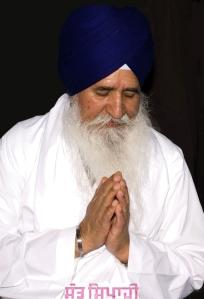 Talking to The Tribune, former Akal Takht Jathedar Giani Joginder Singh Vedanti said there was a need to have proper rules for jathedars. He said he had directed the SGPC to frame norms in this regard during his tenure in 2000 so that the esteem of these prestigious posts was upheld. But, the SGPC was yet to follow the directions because of which there was a lack of transparency in the appointment and removal of Sikh high priests, he added.

Vedanti said the management committees of all five Takhts should jointly set the norms.

Noted Sikh scholar Ashok Singh Bagarian too felt that there should be guidelines for the jathedars of all Takhts. He said the tenure of the high priests should be fixed with a rider that no extension would be granted to them.

Party spokesperson Kanwar Pal Singh opined that ignoring merit while appointing high priests of various Takhts had created a crisis of sorts in the Panth. Referring to Patna Sahib clash and flip-flop by Jathedar Gaini Iqbal Singh, he said time and again unsavoury situations arose because there were no set rules and procedures. He stressed on the need to evolve a code of conduct for the exalted offices of heads of all five Takhts. He said Takht jathedars were supposed to enjoy the confidence of the entire Sikh Panth. However, the “arbitrary” decisions taken by them under pressure from their appointing authorities had eroded their credibility. He alleged that the SGPC had always shrugged off from codifying the post of Takht Jathedar to keep it under its tight control for vested interests.

Meanwhile, the stalemate at Takht Sri Patna Sahib continues after Jathedar Giani Iqbal Singh backtracked from the compromise reached between him and the management committee following the intervention of a five-member SGPC committee.

Not the first time