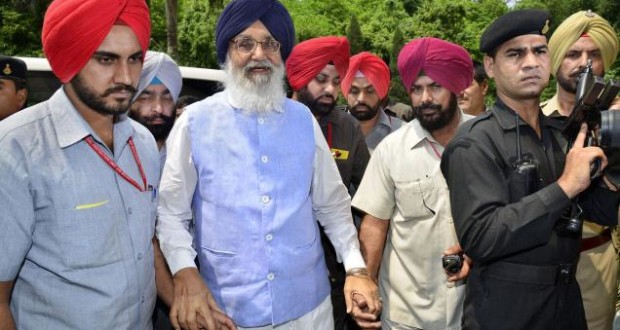 Chandigarh: Terming the Haryana government’s announcing a separate committee for managing the gurdwaras in the neighbouring state as interference in the religious affairs of Sikhs, the Shiromani Akali Dal (SAD) legislature party on Tuesday called it a direct assault on the faith.

In a resolution, the legislature party that gathered under the command of Punjab chief minister Parkash Singh Badal, said the Congress government in Harayan was trying to divide the Sikh Panth to weaken its religious and political power. “The unwarranted action of it has led to a constitutional crisis, requiring that the union government should intervene,” demanded the resolution.

The legislature party opined that the Haryana measure threatened communal harmony, peace and amity in the region, and it was also grave disrespect to the Sikh mandate in the Shiromani Gurdwara Parbhandak Committee (SGPC) elections.

The party said that the SGPC elections were contested on the issue of separate committee in Haryana, and the Sikh voters had trounced all protagonists of this committee, in a clear mandate against any such move. The Akali candidates had won on all 11 seats of Haryana.

By passing this bill in its assembly, Haryana had also insulted the Constitution, since the matter was in the ambit of the Punjab Reorganisation Act of 1966 and only the Centre and Parliament were authorised to take any call on it, it said.

CORE COMMITTEE SEEKS CENTRE’S INTERVENTION
The Shiromani Akali Dal (SAD) core committee on Tuesday described the move an assault on the Khalsa Panth’s history, and said Congress should know the fate met by the enemies of the Panth since Ahmad Shah Abdali. Chief minister Parkash Singh Badal, deputy CM Sukhbir Badal and SGPC president Avtar Singh Makkar were among those who attended the meeting.

Previous: HSGPC move ‘interference’ in Sikh affairs, says SAD
Next: Gang ‘kicked Sikh lawyer’s turban off his head outside St Paul’s Cathedral after they made sexual comment to his wife’