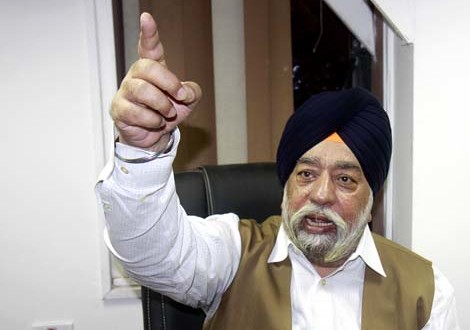 Activists of the SAD Delhi who were led by senior vice-president Bhajan Singh Walia, youth wing president Damandip Singh and DSGMC members shouted slogans against DSGMC general secretary Manjinder Singh Sirsa, demanding suspension of its general manager. They also demanded that the victim be given financial aid to fight her case in the court.

Women activists of the party also participated in the demonstration. They criticised DSGMC president Manjit Singh for not taking action against the culprits.

Addressing the activists, Walia said that the Badal group is not able to manage the committee properly. Funds of gurdwara are being used for foreign tours. Sexual harassment of a woman is a very sad incident, giving bad name to the gurdwara committee.

Instead of doing religious work, the DSGMC members are moving around the leaders of the Shiromani Akali Dal (Badal), he said.

Previous: First Ever Mississippi Law Enforcement Training on Sikh Cultural Sensitivities Completed.
Next: Jathedar issued Hukamnama from the Akal Takht, which was drafted and finalized by SAD’s core committee in Chandigarh