Toronto, Canada: The World Sikh Organization of Canada has expressed disappointment over the recent decision of Ontario Premier Kathleen Wynne to not provide an exemption from helmet requirements for Sikh motorcyclists in the province. WSO Ontario Vice President Prabmeet Singh Sarkaria said today, “Sikhs in Ontario have been calling for a helmet exemption for turbaned Sikh motorcyclists for several years now.

The wearing of the turban is an essential part of the Sikh identity and is a public demonstration of the Sikh values of equality and spirituality. Exemptions for Sikhs who maintain unshorn hair and habitually wear the turban have been successfully implemented in other provinces in Canada and across the world including the United Kingdom, India and elsewhere.

Carving out a narrow exception for Sikh motorcyclists would not compromise the objective of ensuring the reasonable safety of motorcyclists. We would note that exemptions for turbaned Sikh motorcyclists in British Columbia, Manitoba and elsewhere have had no actual impact on road safety or resulted in any significant additional costs. Without any evidence to the contrary, it is difficult to justify why a similar exemption cannot be provided in Ontario. We would encourage Premier Wynne to reconsider her decision.” 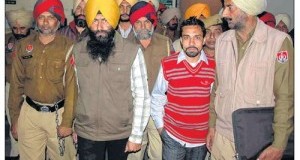 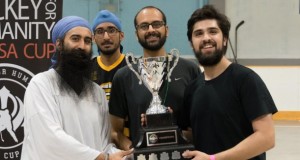