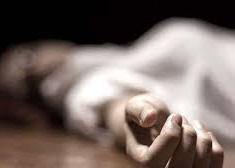 Rome, Italy: An Indian couple in Italy has been arrested for allegedly killing their flat-mate, an Iranian national, and dumping her naked body, stuffed in a suitcase, in a Venetian canal. Rajeshwar Singh, 29, and Gagandeep Kaur, 30, shared an apartment in Milan with the victim, 29-year-old Mahfab Ahadsavoji, whose body was found off the island of Lido last week and identified through fingerprints.

The couple allegedly strangled Ahadsavoji to death after she refused a sexual advance, ANSA reported.

The duo then stuffed her body into a luggage bag with rollers and took it by train to Venice, they said. A Venice taxi driver told police the duo paid him 500 euros for the return trip to Milan.

Initially, the accused denied involvement but their movements with the suitcase were captured by cameras at the Venice train station, prompting a confession, the police said. Ahadsavoji was a known costume designer in Iran. The postmortem report found that she had died due to asphyxiation

Previous: AISSF: Akalis playing politics over 1984 genocide
Next: CBI may have come under pressure to give Jagdish Tytler a clean chit, reveals ex-official.