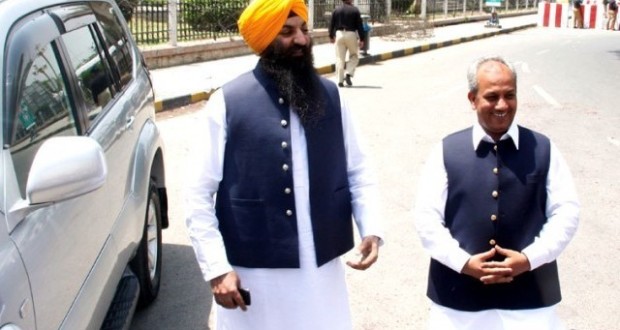 Lahore, Pak: Sardar Ramesh Singh, the first Sikh member of the Punjab Assembly, tabled a resolution requesting that the birthday of Guru Nanak, founder of Sikhism, be made a public holiday.

Ramesh Singh is a member of Pakistan Muslim League — Nawaz (PML-N) and the resolution was approved in the Punjab Assembly on Wednesday.

The passing of the resolution comes just a few days after members of the Sikh community stormed through the gates of Parliament House to protest against the alleged desecration of their holy books.

The protesters later apologised for entering the premises in a violent manner and forwarded a list of demands to members of the Senate.

Leader of the House Raja Zafarul Haq had assured the 13-member Sikh committee that he would forward their demands to Prime Minister Nawaz Sharif.