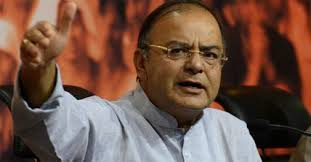 Ropar, Punjab: The state government has decided to send a proposal to the Centre for developing Anandpur Sahib as a tourism hub along with the pilgrimage circuit in the area. The issue was raised by Anandpur Sahib MP Prem Singh Chandumajra during a debate over the Finance Bill following which Finance Minister Arun Jaitley asked him to send a proposal in that regard through the state government.

Chandumajra said he had brought the issue to the notice of Chief Minister Parkash Singh Badal and a blueprint of the proposal would be sent to the Centre soon.

The MP said Anandpur Sahib had historic and religious importance for the nation as it was the birth place of Khalsa that played a big role in protecting Hinduism and culture of the country. “It is surrounded by many other religious places, including Naina Devi and Khuralgarh Ravidass Mandir. The town is the gateway to Himachal Pradesh that attracts lakhs of people every year from various parts of the country,” he said.

“I suggested to the Finance Minister to allocate funds for the purpose and he asked me to send a proposal in that regard,” said Chandumajra.

The town could be connected with railway line at Garhshankar so that it could be connected with Amritsar directly, he added. Himachal Pradesh and Jammu and Kashmir-bound tourists pass through Ropar district and there was a big potential to develop Anandpur Sahib as a major tourist attraction. Following a positive response from the Finance Minister, steps were likely to be taken in that direction very soon, he said.