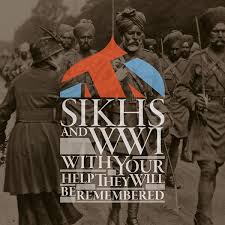 Comments Off on Prominent UK Sikh for truth commission 766 Views

London, UK:  A prominent British Sikh has used a House of Commons ceremony in London to call for a truth and reconciliation commission in India to “identify the guilty and bring a measure of dignity and closure to thousands of grieving families” who remember the killing of Sikhs in 1984.

Rawalpindi-born Lord Indarjit Singh, who came to the UK in 1933 to study engineering at Birmingham University, was a keynote speaker at a glittering function hosted by Wolverhampton South-West Conservative MP Paul Uppal to commemorate Sikh sacrifices during World War I. Other speakers at the Churchill Room of the House of Commons included British Secretary of State for Culture Sajid Javid and Amandeep Madra, Chair of the UK Punjab Heritage Association (UKPHA).

Praising Prime Minister Narendra Modi “for sympathising with the suffering of the Sikhs”, Lord Indarjit Singh noted how by the end of World War I, some 1,30,000 Sikhs had seen active service, fighting from the Somme to Gallipoli and across Africa.” Over 138,000 Indian troops fought in Belgium and France, many of them Sikhs,” he said.

“Many plaudits were showered on Sikh soldiers by the British and their allies, and rightly so. Their courage and record in battle is second to none and we should remember them with pride. They have set the bar high and we, succeeding generations, must show we are equal to the challenge.”

Madra, who helped to organise the function, said by the end of the World War, one in six men in the British Empire forces were from India. “And India’s war, and that of the Sikhs, was not confined to Europe and Basra – it extended to East Africa, Palestine, Egypt, the North West Frontier Province and as far as China… This is at the heart of commemoration – to create a change in the collective memory of Britons to recognise, acknowledge and commemorate the role of India in the World War.”

The UKPHA is engaging with the Sikh community throughout the UK to collect and document the history of their families.

Previous: Fight in Delhi will be between BJP and Arvind Kejriwal
Next: Golden Temple repair work nears completion