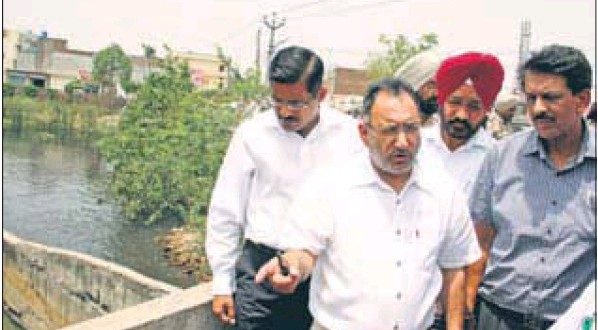 Ludhiana, Punjab: As the pollution in Buddha Nullah is at its extreme level, the principal secretary to chief minister Punjab visited Buddha Nullah and sewage treatment plants on Sunday to conduct a survey.

The officials were continuously visiting the city regarding cleaning of Buddha Nullah for the past one month. A high-level committee was formed a month ago to conduct a survey for cleaning of rivers and drains across the state.

Talking to media persons, principal secretary to Punjab CM SK Sandhu said, “I visited here to check the status of cleaning of the Buddha Nullah on the directions of chief minister. We will ensure that untreated water is not released into Buddha Nullah.”
“The report will be presented to the chief minister on Monday. The CM will decide the next plan of action,” Sandhu said.

He said sewage treatments plants would be upgraded, as these were not capable of treating the whole sewage. New sewage treatment plants will also be setup as per requirement, he added.

Sandhu said they were also ensuring that untreated water was not released into the rivers and drains of the state.

Speaking on the issue to stop cattle dung from being released into the Buddha Nullah, he said cattle dung would be used to generate power and biogas.

Buddha Nullah enters into Sutlej river due to which, polluted water is also being released to the neighbour state Rajasthan. It is learnt that a complaint was also filed against the Punjab government in the National Green Tribunal, New Delhi, that polluted water was causing health problems in people of Rajasthan.

Sandhu said pollution in Buddha Nullah was high as the sewage and chemical wastes were being released into the nullah.

He also claimed that the chemical waste that was being released by the dying industries of Ludhiana was one of the biggest reasons in polluting Buddha Nullah.

The officials of Punjab Pollution Control Board, Municipal Cor poration and Punjab Water Supply and Sewerage Board were also present during the visit of principal secretary in Jamalpur, Shivpuri, dump on Tajpur Road, Transport Nagar, Bhattian, Haibowal, Balloke and other areas of the city.

Sandhu said common effluent treatment plant (CETP) that was being setup by the Punjab Dyeing Industry in cooperation with state government on Tajpur Road, was expected to be functional in next 15 months. With this CETP, the waste of dyeing industry will be treated before being released into Buddha Nullah.

During a meeting with officials of MC, PPCB and other department, SK Sandhu said the sewage treatment plants in Balloke and Jamalpur are not producing methane gas, which runs the plant, a source revealed.

The source said, “Sandhu told the MC engineers concerned that all had happened due to their negligence, as they never paid seriousness on the issue of pollution being caused in Buddha Nullah.” The source also revealed that the principal secretary also expressed “dissatisfaction” on the work done by the Punjab Pollution Control Board in Ludhiana.

Ravinder Singh, chair man of the Punjab Pollution Control Board was also present in the meeting. 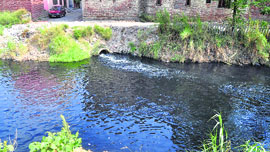 Ludhiana going from bad to worse 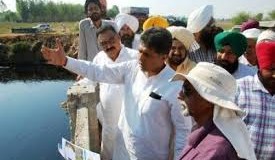