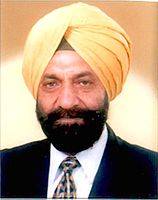 Comments Off on President Giani Zail Singh’s press secretary alleged that the Anti-Sikh massacres were ‘orchestrated and sponsored’. 132 Views

New Delhi: Contradicting Rahul Gandhi’s assertion that the Congress government did everything it could to stop the Anti-Sikh massacres in Delhi in 1984, the then President Giani Zail Singh’s press secretary Wednesday alleged that the riots were “orchestrated and sponsored” and claimed that the then PM Rajiv Gandhi did not even take calls from the President when he tried to get in touch with him to discuss the situation.

Tarlochan Singh, who was vice-chairman of the National Commission for Minorities from 2000 to 2003, also claimed that the 2002 genocide in Gujarat were “spontaneous” in contrast to the 1984 massacre and argued that the police in Gujarat tried to prevent the genocide resulting in the killing of 137 people in police firing unlike in Delhi where only one person was killed in police action.

Singh joined the NCM as vice-chairman and then became its chairman when the NDA was in power. He was elected to the Rajya Sabha from Haryana in 2004 with BJP and INLD support.

“Indira Gandhi was shot dead in the morning, but the first riots started in the evening. Gyaniji collected this information himself that a meeting of Congress leaders — attended by Arun Nehru and Delhi leaders like H K L Bhagat, Jagdish Tytler and all — took place before Rajiv Gandhi arrived from Kolkata. They decided to give a slogan ‘khoon ka badla khoon’. The first riot then took place near INA market,” he told The Indian Express.

“If it was spontaneous, it should have started in the morning itself. Although it was not officially announced, unofficially everyone knew in Delhi,” he said. Singh said the President got to know about arson and killing across Delhi soon after Rajiv Gandhi was sworn in as PM in the evening.

“The President wanted to speak to the PM about the largescale arson and violence in Delhi. The PM did not get back to the President. All night he tried over telephone. Nobody responded. In the morning, he tried to speak to Home Minister Narasimha Rao. He was told that we are all busy in making arrangements for the funeral. He was told that the Lt Governor and the Police Commissioner are taking control. The whole of next day, neither the PM nor the Home Minister took any interest in defusing the situation or help the victims,” he alleged.

Singh said it was curious that although Army was available in the cantonment here, forces were called in from Meerut. “They came by road. They were ordered not to shoot and just to march. The police in Delhi on the other hand was totally with the genocide and even killed Sikhs,” he alleged.

In contrast, he said the Gujarat government officially informed a NCM fact-finding team, which visited Gujarat in March 2002, that 137 people were killed in police firing. “Our impression after going there was that Godhra incident was highlighted so much by television channels. That resulted in the spontaneous attack in the Ahmedabad city. It started early morning,” he said.

Previous: Punjabi losing out to Internet a cause of worry for language exponents
Next: Bhai Iqbal Singh has ended his Hunger Strike at Jantar Mantar