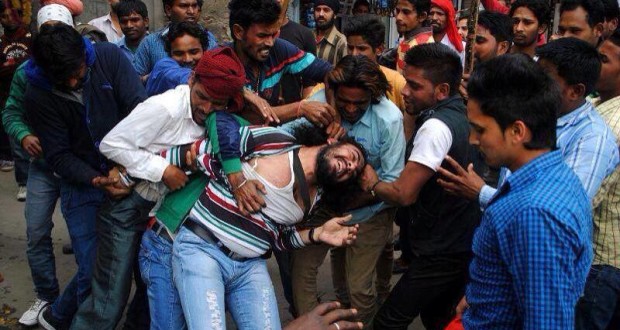 Amritsar, Punjab: Police Commissioner Jatinder Singh Aulakh told reporters that a case under various sections of IPC, including an attempt to murder, was registered against the accused.

He said that police, so far, have succeeded to arrest eight accused and will shortly arrest rest others, adding that 17 accused have been identified who were involved in thrashing the Sikh youth.

Dal Khalsa spokesperson Kanwar Pal Singh has sought punishment against those who thrashed the youth.

Akal Takht Jathedar Giani Gurbachan Singh also demanded stern action against the culprits. He demanded action against police officials who “were present on the spot” and witnessed the thrashing of the youth.