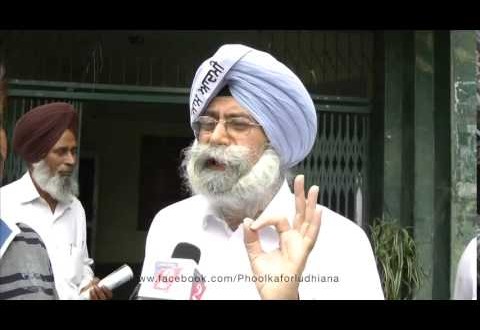 Ludhiana, Punjab: Aam Aadmi Party leader and senior advocate HS Phoolka said the threat issued by the BJP Government to invoke Article 356 was in violation of the principles laid down by the Supreme Court.

“The Supreme Court has held that every case where the directions of the Central Government are not followed by the state does not make out a case for dismissal of the state government and warrant action against the state government. It is only in a case of very serious nature where Article 356 needs to be invoked,” said Phoolka.

He said it was surprising that the Akali Dal had all of a sudden changed its decades old stand. The Akali Dal, throughout, has been protesting against the misuse of Article 356. “The Akali Dal has been demanding implementation of the recommendations of the Sarkaria Commission. According to the Sarkaria Commission, Article 356 should be used rarely and in extreme cases as a last resort when all alternative correctives have failed.”


The issue of the Haryana Sikh Gurdwara Parbandhak Committee is related to the interpretation of law. “By no stretch of imagination it can be said that such a situation has arisen “in which the government of the state cannot be carried on in accordance with the provisions of the constitution.”

Phoolka said organisations such as Sant Samaj should not side with any particular Sikh group and rather, they should use their influence to bring about a settlement between the two groups of the Sikh Panth.

“The Akali Dal has declared that the conclave called by them is not for the whole Sikh Panth, but only for the people whom they have invited. The Sant Samaj should reconsider its decision and should play the role of a mediator, rather than aligning with any particular Sikh group,” he said.