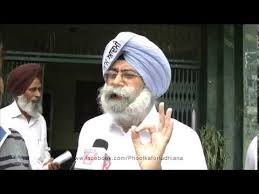 New Delhi: Senior advocate HS Phoolka who is fighting a case for the victims of the 1984 anti-Sikh genocide today demanded that a memorial be built on the 30th anniversary of the carnage. Over 3,000 Sikhs were killed in the riots in Delhi alone, he said.

In a letter written to Union Home Minister Rajnath Singh, Phoolka said the memorial should be built either at the site of bungalow number 3, Mahadev Road, where Akali Dal MP Jagdev Singh Talwandi used to live, or at bungalow number 12, Dr Rajendra Prasad Road, where Ram Bilas Paswan lived in 1984.

Both bungalows were set ablaze by the mob. Ram Bilas’s bungalow was set ablaze because he had given shelter to a Sikh. This memorial would be nation’s homage to the innocent victims, the letter said.