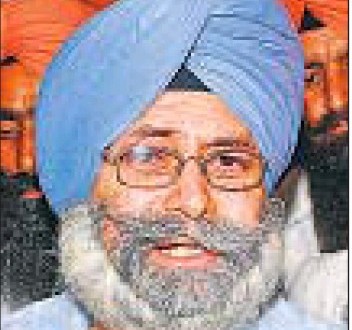 Comments Off on PHOOLKA FOR CHARGESHEET ON 1984 GENOCIDE 612 Views

Ludhiana, Punjab: Senior Aam Aadmi Par ty leader HS Phoolka has threatened that in case a chargesheet against the accused in the 1984 Sikh genocide cases was not filed by November 1, the party would start an agitation.

In a letter to SAD president and deputy chief minister Sukhbir Badal, Phoolka said that even as the 30th anniversary of the riots was approaching, crucial cases of the perpetrators of the carnage were still pending with the CBI.

“The case of the missing chargesheet where Sajjan Kumar is an accused is an example to what extent the successive governments can go to shield the guilty. This case pertains to the killing of four Sikhs at the Nangloi police station,” said the letter.

He said, “No chargesheet has been filed even in the case of Jagdish Tytler. You are called upon, as president of the SAD, which is part of the NDA government, to ensure filing of the chargesheets against these two main culprits by November 1 this year,” he said.