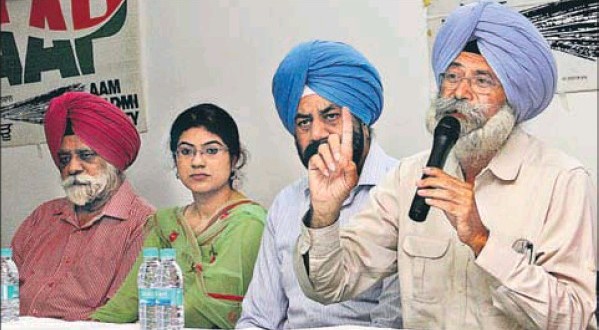 Ludhiana, Punjab: Just after a day of polling in Punjab, Aam Aadmi Party (AAP’s) parliamentary candidate from Ludhiana HS Phoolka is back to his with his activist spirit with the launch of two social campaigns with an aim to make Ludhiana a clean and green city.

“I came here for sewa (service) not s i ya s at (politics),” Phoolka confidently says, adding that he took the decision to launch cleanliness projects after suggestions from people through the social media.

“I don’t care for the May 16 results as for us (AAP), we are the winner,” said Phoolka, adding that their motive was to show the other parties that campaigning could be done without the money or muscle and drugs and they had proven it.

“People supported and loved us immensely, which proves that we are the number one choice for the ones who are fed up of the corrupt system,” added Phoolka.

“Most of the AAP workers are involved in many social-work activities thus, our campaign to cleans the city will also help us politically,” he said.

Declaring that the city was on verge of a change, Phoolka announced his first project ‘Clean Ludhiana, Green Ludhiana’ for the city.

Whi l e talking about the project, Phoolka said, “AAP would be making people aware of the side effects of pollution. We would also various t re e plantation drives in the periphery areas of the city. The parks would be adopted for plantation of the trees and will also be taken care of by the party workers.”

Putting emphasis on cleanliness of Budha Dariya, he said, “We polluted it and converted dar i ya into nullah. It’s our responsibility to restore its glory.”

Under the second project “Women Safety”, he said, “A helpline would be launched where girls can get counselling from experts. Reconciliation will be our first step rather than action,” said Phoolka.

“Many girls don’t complain about incidents like eve-teasing with their parents, thus counsellors can be of great help to those girls,” he said.

PHOOLKA TO CAMPAIGN IN VARANASI
HS Phoolka said he would soon be heading for Varanasi to campaign for AAP national convener Arvind Kejriwal . Disclosing his schedule, he said that on Saturday, he would also campaign in Hamir pur for the AAP’s candidate Kamal Kanta Batra. “I will campaign in Varanasi from Sunday,” he said, adding that he would return to Ludhiana on May 13 to pursue his projects. 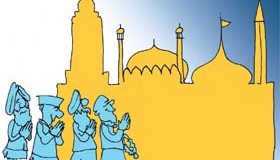