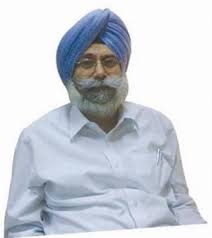 In a letter written to Jathedar, Giani Gurbachan Singh, Phoolka reminded him that in May 2013, he had directed Nirprit Kaur to end her indefinite fast and had declared that the Akal Takht will pursue the genocide cases.

Kaur, a victim of the genocide, had gone on fast to protest against the closure of a particular case in the genocide registered against Congress leader Sajjan Kumar.

The letter was handed over to the jathedar by Phoolka here on Sunday.

He also released copies of the letter to the media later.

In the letter, he has alluded to t he fact t hat wit h t he BJP-led National Democratic Alliance (NDA) gover nment being in power, the procedural handling of the cases could be a little easier and requested the Jathedar to direct the ruling Shiromani Akali Dal (SAD) to get this demand accepted In the letter, Phoolka claimed that the SAD and chief minister Parkash Singh Badal had gone of f track by demanding t he setting-up of another inquiry commission.

This will amount to further delay in opening the 237 cases, he added while pointing out that the Nanavati Commission took five years to submit its report.

“SIT can start work immediately. Even if a commission of inquiry is appointed, SIT can work simultaneously.In Gujarat, a genocide commission is working and the special investigation team (SIT) is also working independently and due to efforts of SIT in Gujarat many accused have been convicted,” he stated.

In the letter, Phoolka told the Jathedar that a SIT having officers from outside the Delhi Police should be appointed immediately so that the investigation could progress.

He said that Punjab chief minister Parkash Singh Badal should take up this matter with the home minister and get the 237 cases reopened.

When contacted, Giani Gurbachan Singh said, “The Delhi Sikh Gurdwara Management Committee (DSGMC) will be directed to pursue the ‘84 genocide cases and take the best possible action to ensure that the cases that were closed are reopened and justice is done.”