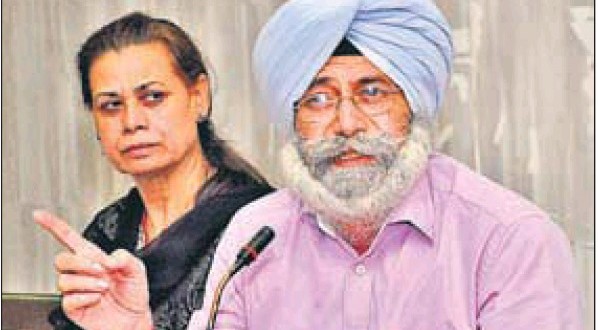 During a press conference conducted here on Sunday, Pholka said, “Nobel prize winning for Kailash Satyarathi has a Punjab connection. He had conducted first raid at Sirhind in Punjab to rescue a girl who was being sold to brothel. The girl’s father had approached Satyarathi, and he himself led the raid. It was the first raid of his life.”

Phoolka said during Sikh genocide, Satyarathi had saved lives of Sikhs and had given them shelter in his house. He had also worked in relief camps. He took active part in the struggle to punish the guilty of ‘84 genocide.

He took part in a candle march seeking punishment for guilty of anti-sikh riots. He had also inaugurated a photo exhibition named “Forgotten Citizens” displaying the photographs of anti-Sikh genocide.

His organisation Bachpan Bachao Andolan actively participated in a march against drugs in January 2012 during Punjab assembly elections. The march covered 800km in 15 districts.
Bachapn Bachao Andolan filed a PIL in the court in 2009 for regulating the placement agencies to check the trafficking of girls.

In this PIL, Delhi high court passed the orders in December 2010 directing government to pass the law.