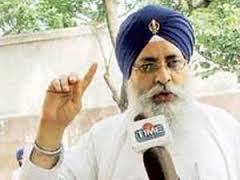 The announcement was made after the Jathedar held a meeting with the ‘Panj Pyaras’ at the Takht, in which head granthi Giani Rajinder Singh, senior vice-president Giani Baldev Singh, assistant granthi Giani Dileep Singh, and granthi Giani Gurdayal Singh participated.

After the meeting, they termed eight persons, including the Sarna brothers, as ‘tankhaiya’ by holding them “guilty” for different charges against them.

Talking to The Tribune on phone from Patna, the Jathedar said committee president Dr Gandhi, junior vice-president Maharaj Singh Sonu and general secretary Charanjeet Singh had been declared ‘tankhaiya’ as they were non-baptised Sikhs.

Similarly, he said, they had received a complaint against the Sarna brothers and former DSGMC leader Harbhajan Singh Walia for “violating” the edict of the Sikh high priests by inviting ex-communicated former Jathedar Prof Darshan Singh to their home. He said they (Sarnas and Walia) were also the members of Takth Sri Patna Sahib Management Committee but they had no right to remain so after violating the edict of the Sikh clergy.

He said they had also challenged the supremacy of the Akal Takht by inviting Prof Darshan Singh. He said they acted against additional granthi Giani Partap Singh for misinforming the Takht Sri Hazur Sahib Management about his appointment at Patna.