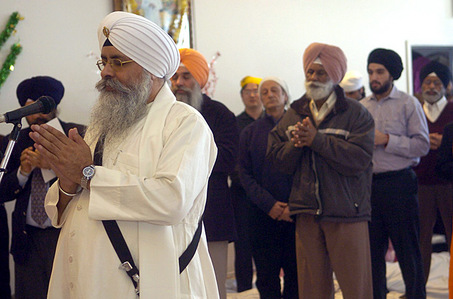 Comments Off on Patna clash: Sikh high priests to meet on Jan 27 198 Views

Amritsar, Punjab: A meeting of the Sikh high priests, called to discuss Takht Sri Patna Sahib controversy, has been postponed to January 27 in view of the demise of Baba Daya Singh of Bidhi Chand sect recently. It was scheduled to take place here today.

The Akal Takht Jathedar has said any decision would be taken on the basis of the report submitted by the SGPC panel that visited Patna after the clash.

Additional granthi Partap Singh, whose appointment had led to the clash in Patna, will also be present here.

SAD (Delhi) president Paramjeet Singh Sarna has demanded that Golden Temple’s Head Granthi Giani Jagtar Singh should also be invited to the meeting as he was witness to the violent clash in Patna on January 7.