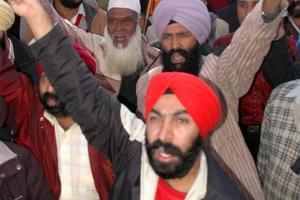 Peshawar, Pak: Sikhs in Pakistan have held a protest march and threatened to launch a countrywide agitation if the government fails to provide security to them following targetted killings of members of the minority community in recent weeks.

The protest march was held yesterday in the northwest Mardan city against the killings of several businessmen in the militancy-plagued Khyber-Pakhtunkhwa.

Janmohan Singh, leader of the local Sikhs, lamented that one of their relatives identified as Amarjeet Singh was killed by unknown assailants inside his shop at Shaheedan Bazaar last Wednesday.

He termed the case an incident of targeted killing, which had spread panic among Sikhs and other minority communities.

“This was the sixth or seventh case of killing of our community member in targeted attack in Khyber Pakhtunkhwa and the government has failed so far to arrest the killers and take effective steps for providing us security,” he said.