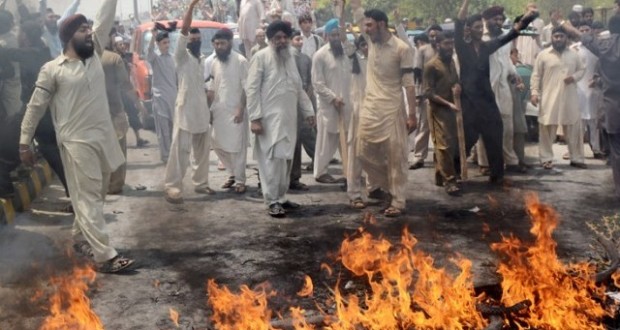 Islamabad, Pakistan:After being pushed onto the back foot as a result of the Zarb-e-Azb operation, militants have found a new way to get media coverage — targeting member of minority communities in Khyber Pakhtunkhwa (K-P).

The target killing of Sikhs in parts of K-P has become a serious concern for Pakistani Sikhs.

“It is a matter of concern, anger and fear. We have been peaceful…why we are being targeted,” asked Moon Singh, a resident of Satellite Town.

Five Sikhs have been killed in the last five months including two in Charsadda, two in Peshawar and one in Mardan.

“They used to target policemen, but after retaliation, the terrorists have diverted their attention to softer targets, especially minorities,” SSP Rahman said.

He said culprits involved in the crime have been identified and their sketches will be issued soon, adding that data has also been shared with intelligence agencies.

He said it was also a reaction to Zarb-e-Azb, as an Al Qaeda-affiliated group based in Mohmand and Bajaur agencies was demanding a change in the name of the military operation and equal media coverage.

In a meeting held at Gurdwara Panja Sahib in Hasanabdal on Tuesday, Sikh leaders from various parts of the country decided to constitute a committee and raise the issue on the floor of the K-P and National assemblies and the Senate.

Soran Singh, an adviser to K-P Chief Minister Pervez Khattak, told The Express Tribune that a committee led by him will meet the CM, K-P home minister and chief secretary to discuss the issues.

Besides, minority MNAs will raise the issue of target killing on the NA floor, while Senator Amarjeet Singh Malhotra will do so in the Senate. He said number and names of members of the committees will be finalised late on Tuesday. He said he did not know why Sikhs are being targeted, but was hopeful that the situation will become clearer soon.

Senator Malhotra said terrorists want to get maximum media coverage, which is why they are targeting minorities.

“They are well aware that targeting minorities will get them media coverage,” he said. He said everyone is victim of this war, whatever their faith.

The issue has raised concern among Sikhs around the world, he added.

There are large Sikh populations in K-P and the tribal areas including Swat, Buner, and Peshawar districts, and the Tirah and Bara areas of Khyber Orakzai agencies.

Most Sikhs in the areas are small businessmen and shopkeepers dealing in cloth, medicine, and cell phones and can be easily targeted.

A large number of the communities in Tirah, Bara and Orakzai have fled the areas after threats from extortionists with militant ties. 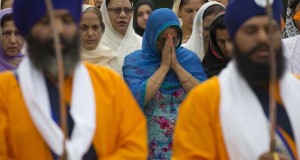