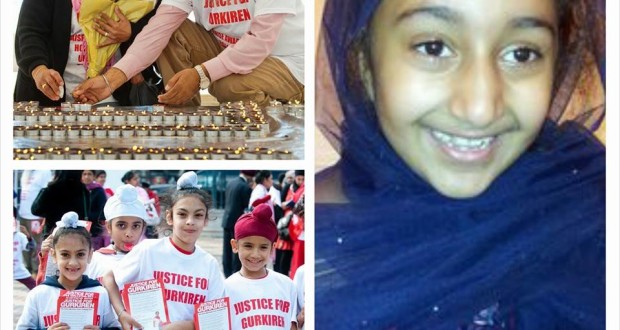 Comments Off on Open conclusion’ at inquest into Gurkiren Kaur Loyal’s mystery death in India. 767 Views

UK: Birmingham coroner records cause of death as “unascertained” after 8-year-old received injection at Punjabi clinic.

Gurkiren Kaur Loyal died suddenly while on a family holiday in India Her mother has told an inquest she believes a medic took her life after administering a mystery injection.

Eight-year-old Gurkiren Kaur Loyal died after being treated at a Punjabi clinic for what appeared to be a routine stomach bug.

Grieving parents Santokh Singh Loyal and Amrit Kaur, from Hockley, initially thought their little girl had been murdered so her organs could be harvested.

They blamed the clinic for failing to attempt to resuscitate Gurkiren after the injection and police for never formally investigating the death.