Comments Off on Not heard, NRIs give thumbs down to sammelan 566 Views

Jalandhar, Punjab: Calling it a closed session, most NRIs at the second and last day of the NRI Sammelan here today accused the Punjab Government of not giving them an opportunity to raise their concerns. They accused the government of having a selective approach towards them as only 300 of the 725 who attended the event got a chance to interact with ministers and top government officials.

She said she kept standing next to Deputy Chief Minister Sukhbir Singh Badal and waiting to have a word with him while he was having lunch with his team. She said the NRI police wing had failed to get her property in Jalandhar vacated from illegal occupants.

Another NRI Jatinder Singh from Canada said the Chief Minister did not hold Sangat Darshan for the NRI community. “He knew that things will get out of control, so he avoided holding Sangat Darshan at the venue,” he said. It was only after some visitors got impatient that Sukhbir gave a brief hearing to a lucky few who managed to dodge the security and reached near him.

Most NRIs wanting to put forward their grievances pertaining to police and revenue matters were dejected. They could only submit their complaints at the stalls put up by various government departments. The Home Affairs Department received 35 complaints while the Revenue Department staff collected nearly 20 such representations. Sukhdev Singh, an NRI from New York, said: “I had sent Rs 3 crore to my father and brother in Ferozepur out of my savings. When I returned, they returned half the amount and threw me out of my house. A fraud case was registered against them in June 2010, but there is no headway”.

Maninder Sandhu, another NRI from Toronto, complained that revenue officials had been dilly-dallying demarcation her deceased husband’s ancestral property. “We had not come here to listen to ‘sarkari’ speeches and to see a cultural show. I only am seeking my rightful dues,” she said. 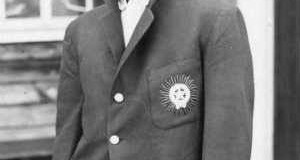 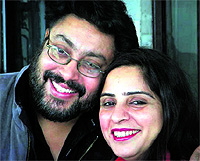