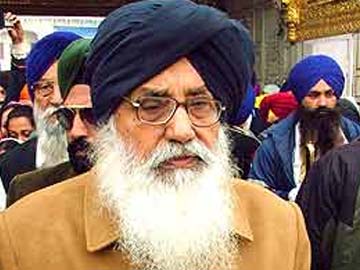 No need for SIT: Badal

Muktsar, Punjab: Chief Minister Parkash Singh Badal rejected Delhi Chief Minister Arvind Kejriwal’s move to set up a Special Investigation Team (SIT) to probe the 1984 Sikh genocide. Badal said there was no need for yet another probe as several earlier high-level inquiries had pointed towards the role of Congress leaders in the genocide.

“The need of the hour is to take exemplary action against the Congress leaders involved in this dastardly act to provide justice to the victim families,” he said.

YAD to protest on Jan 31

Chandigarh: The Youth Akali Dal (YAD) will stage dharnas across the state on January 31 asking Congress vice-president Rahul Gandhi to tender a public apology and “uncover the identity of Congress leaders responsible for the 1984 Sikh genocide. Parminder Singh Brar, office in charge, YAD, in a statement here today, said Rahul had “admitted” that his party men were behind the riots.

Brar said it would go to the people on January 31 and ask them to evaluate the “hypocrisy of the Congress which has indulged in symbolism by installing a Sikh Prime Minister but has been steadfast in its support to criminals”.

The YAD leader said if Rahul Gandhi did not appologise, the party would intensify its protest in the coming days. 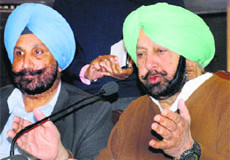