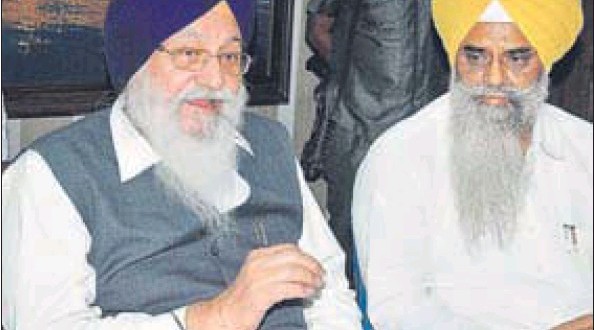 No ‘long’ swords on Op Bluestar anniversary in future

Amritsar, Punjab: Following the June 6 incident wherein swords were used in a clash inside the Golden Temple during a function to mark the anniversary of Operation Bluestar, the Shiromani Gurdwara Parbandhak Committee (SGPC) has decided that swords with length beyond three feet would not be allowed at the Akal Takht from the next year during the function. This was announced by SGPC chief Avtar Singh Makkar here on Tuesday.

Operation Bluestar was the army operation in 1984 that was carried out to flush out militants from the shrine but also ended in civilian casualties and damage to the buildings. At this year’s function, there was a violent clash between members of Panthic groups and the task force of the SGPC that left 12 persons injured.

Makkar further said that after seeing the clash that led to injuries to many persons, “We are also working on strengthening the security. Certain measures will be taken to avert such clashes in future.” The SGPC has already formed a five-member committee to review the incident; its report is awaited.