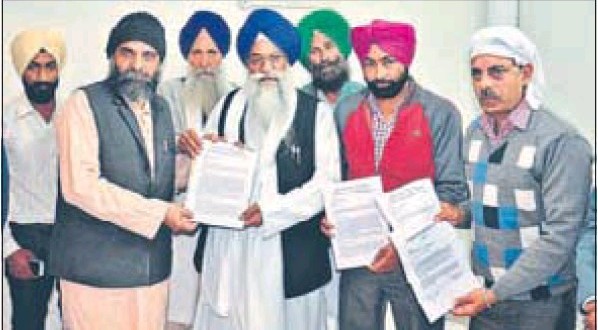 Amritsar, Punjab: A group of environmentalists and members of non-governmental organisations (NGOs) called upon the Akal Takht to take the lead in preventing the entry of genetically-modified (GM) crops into Punjab.

The NGOs submitted a joint memorandum to Takht Jathedar, Giani Gurbachan Singh on this issue. Among the signatories to the memorandum were former Takht Damdama Sahib Jathedar Giani Kewal Singh, former ‘granthi’ of the Golden Temple Giani Jagtar Singh Jahak, Upinder Dutt of Kheti Virasat Mission, Deepak Babbar of Mission Agaaz and a number of others.

In the memorandum, they claimed that Punjab is fast becoming a hotbed for experimental field trials of toxic GM crops. This will end up contaminating “our food and environment”, the memorandum said.

Pointing out that Punjab was already suffering due to excess usage of toxic agro chemicals, the NGOs said that now we are exposing our soil and our people to GM crop trials, the consequences of such trials will be dangerous for the state.

The memorandum urged the Jathedar to take up this issue with the state government. The NGOs also claimed that giving permission to GM crops will lead to the seed business being monopolised by a few MNCs, which will not be in the interests of the small and marginal farmers.

The Jathedar, on his part, assured the NGOs that he will take up the matter at the appropriate level.